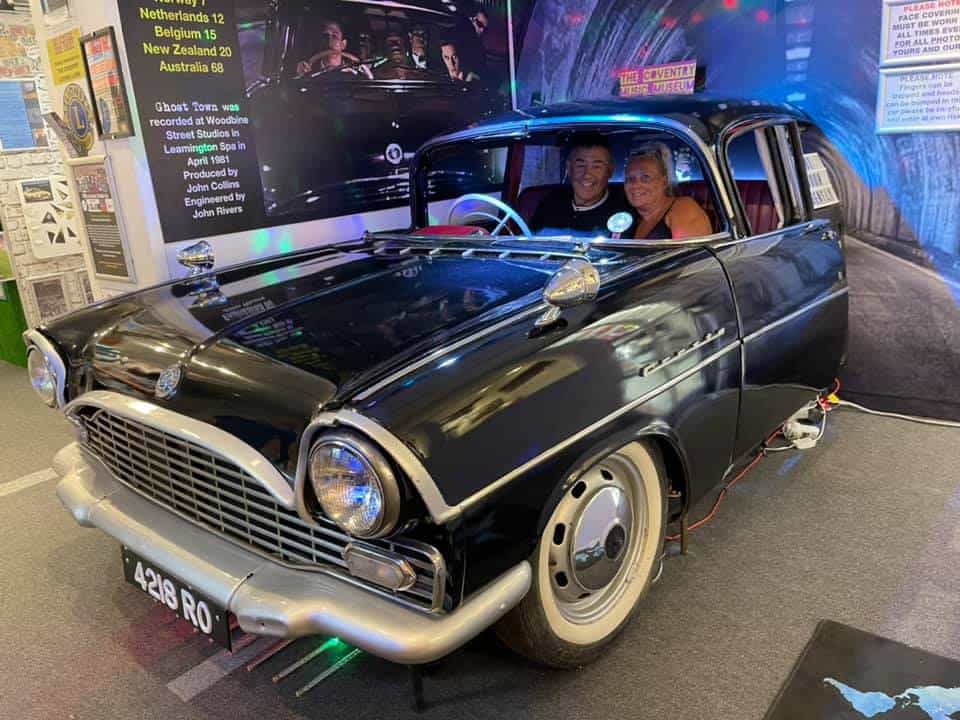 The multi-award-winning museum showcases all types of music from Coventry and Warwickshire. It’s not just two-tone. Delia Derbyshire to King, The Specials to The Enemy, Hazel O’Connor, The Primitives, and even John Lennon’s memorable visit to Coventry with Yoko Ono are all on display. The Music Museum is the only one of its kind in Coventry. Since it opened in 1991, admission has been free at all times.

They are an independent museum based on donations from visitors to keep us going. Their website is one of the most popular music destinations on the web with over 1 million page views a year.

Pete Chambers, a Coventry music historian and journalist, and his wife Julie have been working on the museum for a long time. Pete and Julie gladly give up four days of their week to promote Coventry and Warwickshire music for free. It is already attracting tourists from the West Midlands, the United Kingdom, and the rest of the world (58 nations as of Easter 2016), as well as Coventry and Warwickshire!

Although 2-Tone is our unique selling feature, 55 percent of the museum is dedicated to non-ska related displays that look at the music from Coventry, Rugby, Leamington Spa, Nuneaton, Bedworth, and even Birmingham in certain locations.

We are a little but well-constructed museum with a large heart, and we have received fantastic feedback thus far, which we intend to continue. There’s plenty to see and do, including activities for younger people and a studio where visitors may try their hand (and ears) at creating and making music. Pete, Julie, and the volunteers are always up for a discussion, but we understand that some visitors prefer to be left alone during their stay. It’s your visit, so you can do whatever you want with it.

We don’t mind if you snap photos in moderation (we like to leave a little mystery to other potential visitors). Only with the approval of the on-duty staff can video be captured.

When at the arrival of November 2013 the Coventry Music Museum opened its doors like any significant project, there was a cross-cutting of feeling, one part of a project, and the other part of a long exhilarating journey. Now so far this has been an exciting experience and the museum has seen 80 visitors a week in its formative weeks.

Relent about 3 years ago and the team’s smiles have now been strongly demonstrated as a result of our inaugural project at Coventry University. The small initiative called 2-Tone Central focused solely on the 2-Tone music. 2-Tone was made by the Coventry ska bands The Specials and The Selecter, as well as creating the Madness and the Beat groups. The project was left homeless for almost 11 months as the Student Union moved to new facilities. In a few months, new buildings were discovered and work began to develop a museum, telling all of Coventry’s unique musical heritage (about. two miles outside the city centre of Coventry, which appear like a creative part of Coventry) (not just its ska history).

The project’s objectives were obvious, and the vision was taken when we saw the area with which we had to work. Our aims were to create a unique environment for educating and entertaining on limited means, to build portions in the space that made sense to the audience, but in other situations, to set challenges, for instance, to juxtapose the Victorian Music Hall and to blend the two times. Coventry has an ongoing history of multiculturalism, and this is obvious in its music. This was also an essential point of reference, both 2-tone music and Bhangra in our presentations.